In 2020, Maine became the first state in the union to enact a law requiring manufacturers to help cover the costs of consumer recycling. Their extended producer responsibility (EPR) law was passed in early July and signed into law on July 12, 2021. Oregon followed Maine’s lead in August. With other states thinking about enacting similar laws, it is important to ask whether forcing companies to help pay for recycling is a good idea.

For the record, the Maine law targets companies that produce packaging waste. For example, companies that package food products in plastic containers are included in the law. Such containers often end up in curbside recycling bins only to be collected by municipalities and ultimately thrown away. When such materials end up in a landfill, there is almost always a money issue to blame.

Maine lawmakers crafted their bill with the understanding that consumer recycling is expensive. Municipalities have to hire workers who spend all day sorting plastics from paper and glass. Different types of plastics have to be sorted from each other as well. Unfortunately, the nature of recycling consumer waste is such that automating it is nearly impossible.

And what about other companies that use plastic for things not tied to packaging? State lawmakers could inevitably pass on the entire cost of solid waste management to the private sector. Though such an idea seems far-fetched, it is not impossible. Once state lawmakers start passing along costs, there is nothing to prevent them from offloading everything onto the private sector.

There Are Good Points

Businesses now required to contribute financially to recycling plastic waste probably don’t think much of the idea. But there are some good points to Maine’s legislation. First and foremost, having to help pay for collection and recycling should be sufficient motivation to get companies to work harder to produce less waste.

Second, let us assume every other state eventually follows Maine and Oregon. The result could be a unified effort among plastics manufacturers to standardize what they do. Instead of producing seven different kinds of plastics – which may or may not be recyclable at any given time – manufacturers might be convinced to reduce that number to two or three.

Fewer plastic types would make it easier for consumers to clean and separate items at home, thereby eliminating at least some of the manual labor now required by municipal recycling programs. That sort of thing would bring consumer recycling more in line with commercial plastic recycling, according to Tennessee-based Seraphim Plastics.

One Step in One Direction

Maine and Oregon have taken a step in one direction in an attempt to reduce the amount of plastic waste that goes to landfills. Whether or not you believe that step is in the right direction is up to you. They still did something. And now the rest of the country will step back and watch to see what happens next. Success in Maine and Oregon is likely to lead other states to follow suit.

That could mean higher consumer prices down the road. It could also lead to fewer plastic food packages. We will just have to wait to see how it all plays out. 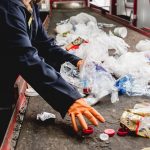 Is Forcing Companies to Help Pay for Recycling a Good Idea?

Is Forcing Companies to Help Pay for Recycling a Good Idea? 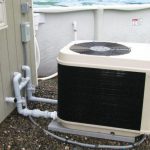 The Characteristics Of The Heat Pump To Heat The Pool 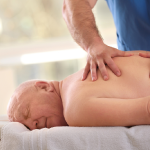 Why Massage Is So Healthy for Old People? 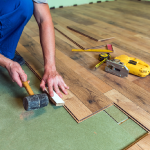 What Are the Questions Which You Should Ask Before Hiring Floor Contractor? 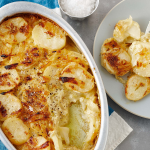 How To Make Potato Skin Casserole